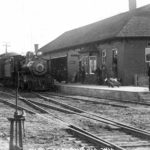 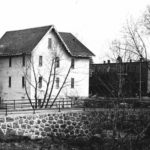 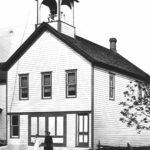 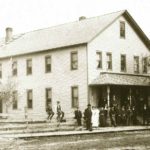 Early History of the Village of Scandinavia

The Village of Scandinavia can rightfully claim to be one of the oldest villages in this part of the state of Wisconsin. The first settlers arrived in 1850. The County of Waupaca had been designated and partially surveyed just three years earlier under one of the state’s first official acts.

The matter of selecting a name for the community was settled in 1853, the year the township was formed. The first settler, Hans Jacob Eliason, wanted to name it Oksom in memory of his family home in Norway. Others objected and a more inclusive name, Scandinavia was selected, representing the heritage of the first settlers.

The village was platted in 1861 but it was not until 1894, when it had to be incorporated to comply with state law, that it officially became a village. The railroad came to Scandinavia in 1871 and business in the village grew and prospered. Potatoes became a major crop as a new route to market emerged. Dairy farms became a more dependable source of income and grew in number.

In 1893 the Lutheran Academy was built and its successor, the Central Wisconsin College was built in 1919. Between the two institutions, they provided secondary education to the youth of the community for 40 years serving over 2000 students in that time.

For more history and pictures of Scandinavia please visit:
www.friendsofscandinaviahistory.org.